The world has its first Olympic skateboarding champion in Yuto Horigome, who won the men’s street gold on Sunday.

The 22-year-old did so at the Ariake Urban Sports Park, minutes away from the public park where his father — who gave up street skateboarding’s ‘renegade’ lifestyle after marriage and became a taxi driver — handed Horigome the board.

To escape similar preconceptions and fulfill his ambitions, Horigome moved to the skating haven of Southern California on his own in 2016. For the first few months, he was the bashful Japanese kid trying to copy Americans and crashing out at events. 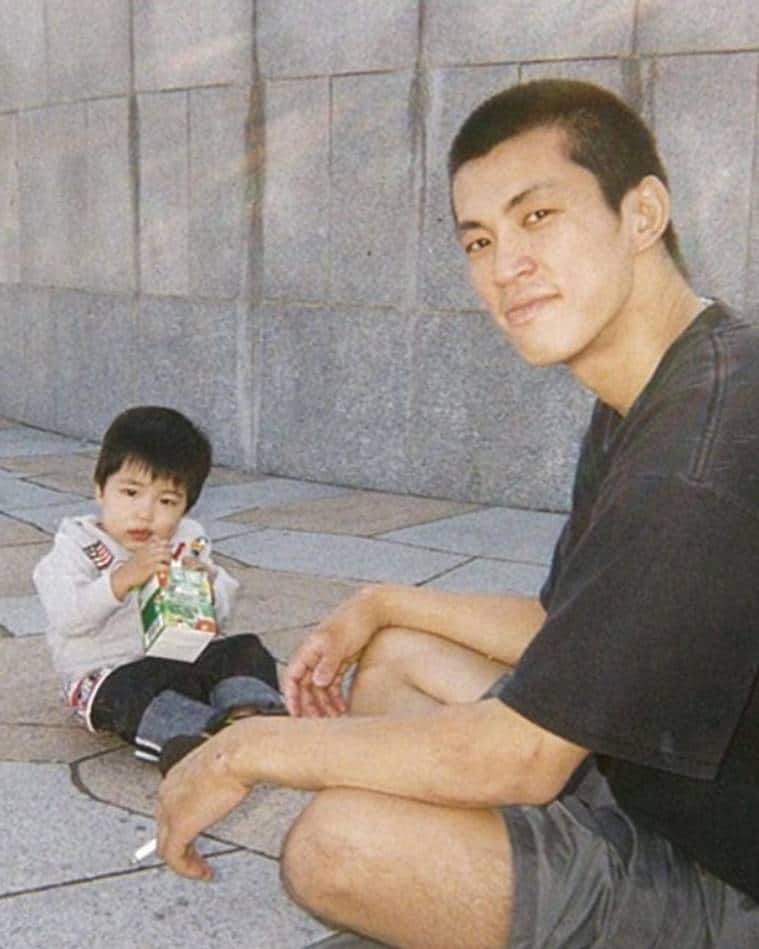 “I thought to myself, I am not going to stand out,” Horigome told ESPN in 2019. “I didn’t have enough tricks so I went back to the basics and tried to perfect it.”

Since then, he has won gold medals at the X-Games, World Championships and now the Olympics.

From a sheer sporting perspective, Japan would be proud of their new star’s come-from-behind victory. But Horigome’s gold can also play out on a societal level.

Olympic skateboarders have been caught in a limbo — being too niche for traditional sports fans and too mainstream for counterculture rebels. The divide between those domains runs worldwide but it’s especially deep in Japan.

While the quiet bicyclists zipping through city traffic are embraced, the grinding wheels and clatter of skateboards on asphalt are public nuisance. There’s a reason most street-skating videos from Japan are set against the night cityscape. There are no strict security guards or police to charge after them.

“Some of them are ill-tempered to begin with. Because skaters have a bad reputation, we become easy targets,” Yuya Sakai, a hairstylist in downtown Shibuya by day and street skater by night, told this paper. “It is also because of the noise that you get weird looks from people. But there are not many public skate parks where we can go.”

Skate parks are few and far between, tucked away in corners out of sight from busy downtown life. Sakai, who runs a skaters group on Facebook and belongs to the older generation of misfits for whom skateboarding still means the crossover of punk music and clothing subculture of cropped baggy cargos, pastel tops, wrist bands and sneakers, believes the Olympics can cause an image shift.

“When it became an Olympic sport in August 2016, parents began sending their kids to skating classes. Seeing talented athletes in action, including the ones from Japan, will further encourage them,” says Sakai. “It won’t change our style and culture of skateboarding. But maybe skateboarding wouldn’t just be for ‘bad boys’. Maybe, more public skate parks will be built, where we can skate with other generations.”

For quite a while during Sunday’s eight-man final, Horigome was back to being the Japanese kid trying tricks and wilting under the heat of cameras and hopeful eyes trained at him.

The skaters each had two 45-second free runs to make full use of the course and five one-shots at their best tricks, with five judges scoring them on a 0-10.0 scale. The best four scores out of seven determined a skater’s final total.

Horigome had one score from his first four attempts. He failed both 45-second runs and one out of the first two tricks. He not only had to land all three remaining tricks, but had to do so spectacularly.

He then pulled off a bunch of nollies. An ollie — a building block for combinations much like a jab in boxing — is when a jumping rider makes the board soar alongside by kicking its tail. Nollie is when the trick is done using the front foot. A nollie 270 nosedive — a complex sequence of both Horigome and his board rotating and sliding down a jagged railing — fetched him a 9.5 rating and essentially secured the gold.

“That was new to any competition. I started to practise that trick just before the finals, it’s something I’ve never tried in any final. I was very nervous but I was so happy I made it,” he told reporters. “First of all, I want to show (the gold medal) to my friends and family who supported me. Afterwards, I’ll keep it in my house. I have other medals on my Pokemon so maybe I’ll keep it next to them.”

Skateboarding had an impressive first outing at the Olympics.

The skateboarding course resembled a city street — with rails, steps, ramps, slopes, and benches — minus the surly pedestrians, of course.

At the Olympics, both the street and park (the other event which takes place on a hollowed-out arena) courses were twice the size of the standard competition course, designed for equality, and promoting technique and creativity.

“There were no restrictions,” Southern California designer Joe Caglia told NBC earlier this week. “The Olympics didn’t say we don’t have the funding, we don’t have the size. They said, ‘Hey, tell us what you think works the best to have the best possible Olympic event.’”

There was plenty of flat space to facilitate fast entries and flowing tricks.

The heat and humidity, however, was the biggest challenge for the skaters used to competing at indoor street skating events in large air-conditioned stadiums. The temperature at the skate park on the waterfront was already 30 degree Celsius when the first heats began at 8:30 AM.

Rock, techno and other staple for sporting events were replaced by skateboarding anthems like ‘Young Folks’ by Peter Bjorn and John and ‘Kick, push’ by Lupe Fiasco. Also on repeat was the music of skateboarder-artist Lecrae.

The skaters, though, rolled to their own tunes. They grooved to the playlists pumping through their air pods, slid the phones into the pockets of their vibrant kits, and began their go-for-broke runs. On TV, the action also unfolded to the medley of thwacks and thunks as riders and their boards repeatedly crashed onto the concrete.

Brazil’s Kelvin Hoefler, who at one point was running away with the gold, couldn’t land his signature ‘Cabellerial backside noseblunt’ until his last run, earning a silver. Portuguese Gustavo Ribeiro was competing weeks after dislocating his shoulder and re-injured himself during a fall.

The disappointment of the day was American Nyjah Huston, the 16-time Worlds and X-Games gold medallist and the world’s richest skateboarder who failed to live up to his billing. The 26-year-old, considered a shoe-in for gold, fell brutally in his final four runs and left without a medal.