Of all the things the Cowboys defense needed after the worst season (statistically) in the team’s history, a 50-year-old graybeard who takes serious pride in his sneaker game and quizzes his charges- millionaires half his age- on old-school rap lyrics probably wasn’t the obvious answer.

But defensive coordinator Dan Quinn has already brought an infectious energy to the Dallas locker room and is intent on teaching his players a new way of doing just about everything as he tries to turn the ship around in 2021.

“I did do an exercise on note-taking with them,” Quinn explained. “And the purpose was: learning is a superpower, but note-taking is a big part of that. And you can’t write every word that I say. So I said, ‘I’m going to say over 100 words a minute; you can write 10 to 12.’ So I played an old song, ‘Sucker MCs’ by Run-DMC, because I knew every word, so I could sing along as it was going. What we did, I said, ‘All right, we’re going to have a little competition. I want you to write down every word that you hear.’ They started, they heard the beat, and then as it started, you saw them frantically go. And then we had a little competition to see who could remember which lines. So, the winner had, like, two lines right.”

The longtime coach later declined an invitation to “drop a bar” for the assembled media contingent, but made it perfectly clear that he could.

“My point was that I know the [defensive] system inside-out. I’m going to talk really fast. I grew up in New Jersey, I talk fast, and that’s how it’s going to be. So if you think you’re going to sit here and write every word that I’m going to say and you’re going to get it, you’re mistaken. Because it’s going to be how much you can [get] the main emphasis for it, reviewing your notes, and how does it go, learning something with the intent of teaching it back to somebody else. And that’s a big deal because you learn it once, remember teaching it, and then teach it to a teammate, to someone else, until you really get it.”

Quinn isn’t afraid to empower certain players to become his on-the-field teachers. In fact, he has a history of doing so.

Damontae Kazee played for Quinn in Atlanta. The safety signed in free agency has already helped his new Cowboys mates understand what their coordinator is looking for.

“It’s not the exact same system that he was a part of in Atlanta. There’s quite a few things that are different,” Quinn said, “but he has been a good resource for me behind the scenes. ‘Hey, here’s what Q might mean in this.’ It may not be scheme-related, but in a situation, in a moment, a style of play, an attitude that we want to play with, he can back me in a lot of ways.”

The 2017 fifth-round pick out of San Diego State had a reputation early for being soft-spoken. Quinn went on to share how he once encouraged Kazee to be a more vocal communicator for his Falcons defense by putting a microphone on him during practice.

“I did mic him up,” according to Quinn. “There was a good clip from [former Buccaneers safety] John Lynch playing in the Super Bowl against the Raiders. I thought that was a great example: he was telling Dexter Jackson, ‘Hey, if this formation came up, this is about to happen.’ And he ended up getting an interception and scoring on the play. And you could hear him clearly: ‘Hey, Dexter,’ and he gave him the signal what it was going to be; I think it was ‘Sluggo Seam.’ And so he said it to him. He made the play, and you could hear John coming off the sideline, ‘Was it Sluggo Seam?’ ‘Yeah, yeah, yeah.’ What a powerful statement to say: not only did he have himself organized in terms of what could happen, but if you really want to be a great teammate, you have to get to where you could communicate at a level that you could help the person next to you.

“And at safety, you have to be able to. Its non-negotiable. So what we did with Kaz’ in that moment was, we mic’ed him up, and then I put his voice into every play, so where you’re watching it, you could hear him. I wouldn’t say it was as good as NFL Films quality would be, but they got the point that it wasn’t to the standard that it could be. Because the standard that I showed with John, that was championship standard. So I wanted him to know: there’s another place to take your communication. Just making ‘Rip/Liz’ left/right calls wasn’t going to be enough. That wasn’t going to cut it. Lucky for him, the energy that he plays with, he was ready for the challenge to improve upon that.”

Analyst Bucky Brooks points out on the team website that Quinn is purposely taking a “Keep It Simple, Stupid” approach that is already allowing defenders to play noticeably faster with increased explosiveness. That should, in turn, result in more hustling to the ball, more takeaways, fewer penalties, and fewer yards and points allowed.

Quinn says he hasn’t suggested throwing a mic on anyone yet in Cowboys camp because the communication is “off to a good start.” But it’s a trick that’s always there if he needs it.

That, and maybe a few more tracks from his classic hip-hop library. 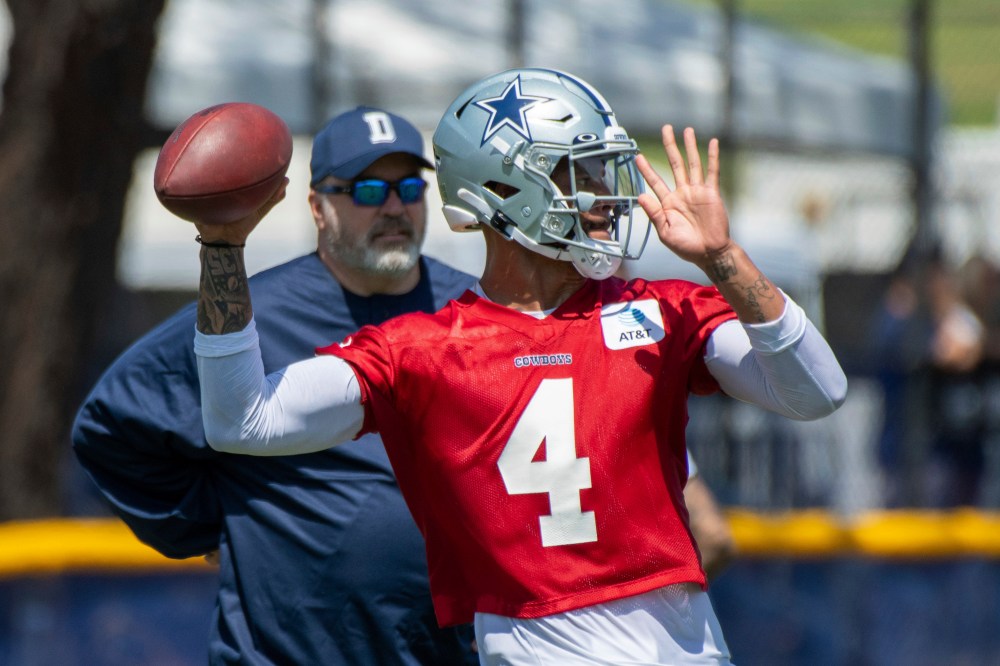 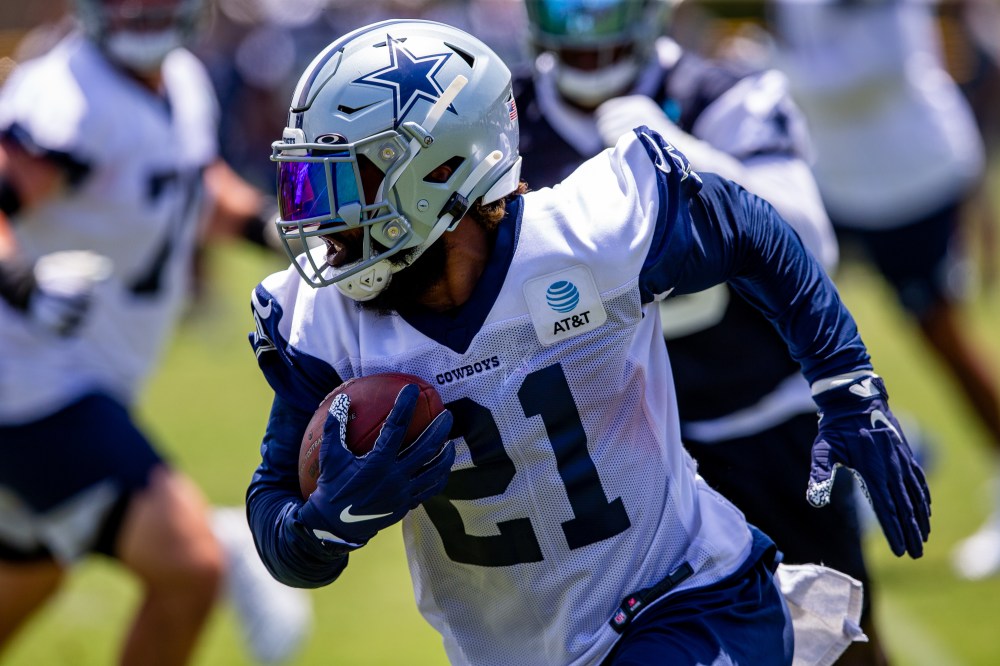 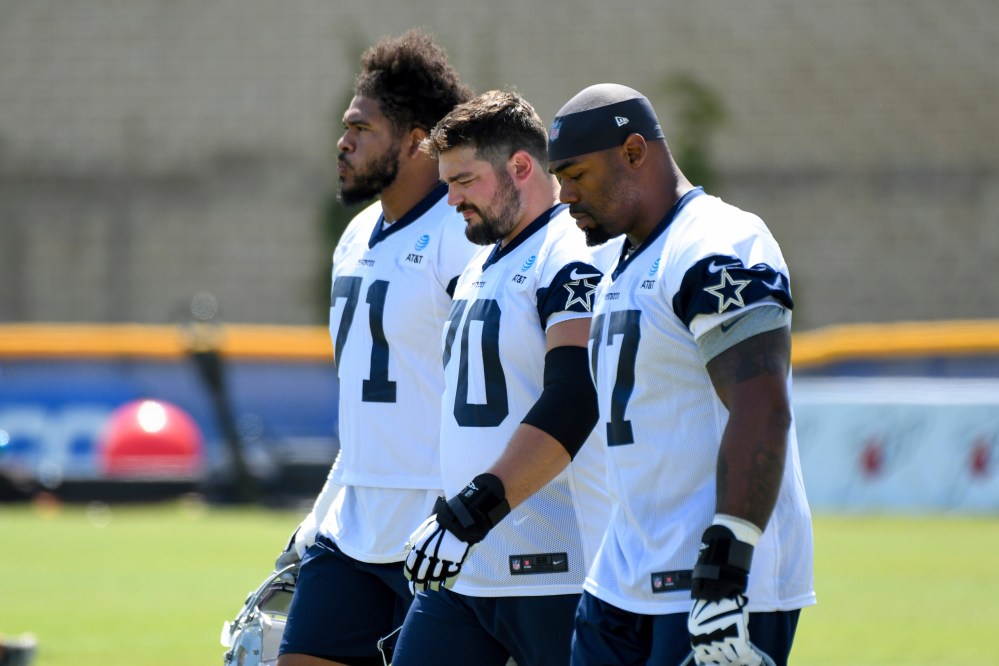