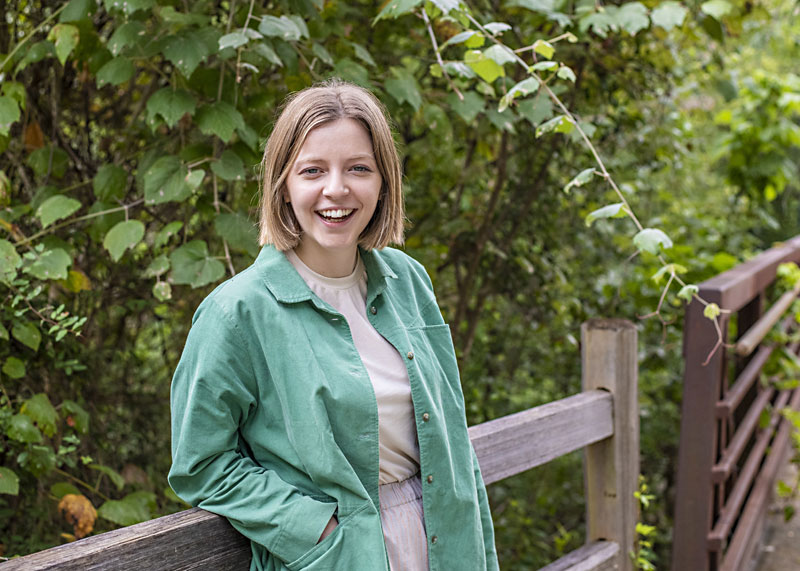 Riders Against the Storm

Jonathan “Chaka” Mahone and Ghislaine “Qi Dada” Jean carved out an imprint locally with their explosive and all-inclusive Body Rock gatherings. The two well-cultured emcees don’t care about arbitrary labels as long as attendees arrive with a willingness to sweat. This year’s been big for the charitable, married rap duo. February brought the first full-length LP of primarily new material for the three-time winners of the Austin Music Award for Band of the Year since 2009’s Speak the Truth. Flowers for the Living deviates from the East Coast soul with which the native Northerners first rhymed by delivering an eclectic package of electronic-fused instrumentation, African percussion samples, and a dab into Haitian rock. September ended a 19-month, pandemic-induced hiatus for in-person Body Rock parties while their ACL Fest performance this year will mark their first appearance since 2015 and third overall. – Derek Udensi

Over a decade’s worth of steady grinding by the Teeta within a turbulent scene gives some credence to his bold proclamation as “Austin premier hip-hop artist.” The Huston-Tillotson alum will grace his biggest stage after the September release of new studio album 24, a project titled in homage to his home ZIP code of 78724. 24 marks his first release since a jam-packed 2020 saw the artsy rapper drop three full-lengths (two with Netherfriends). The lifelong East Austin repper moves in seemingly unhurried motions as he intently rhymes with hidden guile over bass-heavy beats. March single “Activated” sees him swiftly drop braggadocious lines (“I’m famous, pretty, and Black/ I just played your new shit, I decided it’s wack/ I just played my new shit, I decided it’s crack“) over a vibrant beat. He’s the dude always fixing up his shirt sleeves nonchalantly before getting to work. – Derek Udensi

Over years of restless creation in the hip-hop realm, Mike Melinoe hasn’t returned to the same sonic space twice. Carried by a psychedelic sensibility, the ambitious, genre-integrating rapper merges DIY digital age production with classic delivery. The Detroit-raised, Austin-based artist earned Chronicle recognition for 2019 album Clajidu, “a funhouse collage of futuristic production and vocal warping.” Since then, the multiformat maker has offered extensive goods on his self-founded label Gold Ain’t Cheap. In collaboration with Black Pumas keyboardist JaRon Marshall, newest single “Vacation” sets sinister synth and an extraterrestrial soundscape against the emcee’s reflections on artistic perseverance. The prolific local teases upcoming EP Mur Idaw and encourages fans to “leave a voicemail of your ideal getaway trip” by calling 833-MUR-IDAW. Find a peek behind the scenes of recording, painting, and rehearsal on YouTube episodes of Melinoe TV, including a promising preview of the full-band groove for ACL. – Rachel Rascoe

“I think in life I’m learning to be more relaxed, and I think moving to Austin is the epitome of helping that,” opined Jade Bird to the Chronicle this summer. Having settled locally during the pandemic, the UK songwriter also took the time to settle her restless mind and mark her next move. 2019’s eponymous debut LP established Bird as one of the most promising young artists emerging from the new generation of Americana’s burgeoning, broad tent, and the break from tireless touring offered a reset. Appropriately, new sophomore platter Different Kinds of Light strikes increasingly mature, confident, and reflective, with Bird lacing in a stronger Britpop and rock sound and more expansive narratives into her songwriting, with support from top Nashville producer Dave Cobb. Bird builds toward tornadoes of vocal crescendos and explosive guitars live, but harnesses equally compelling power in her easy hooks and understated pop impulses. –Doug Freeman Undeniably deep, funky, and profound, Blk Odyssy’s summer full-length debut BLK VINTAGE turned a lot of heads, locally and beyond. The 10-track journey of poetry, pain, and pride stands sonically and socially tantamount with To Pimp a Butterfly, while also nodding to P-Funk heritage and rallying on modern themes of revolution. Vocally dynamic frontman Sam Houston can zone out on a mic or rap or slide over you with a slick falsetto. Through it all, it’s never in doubt that he’s got something to say. Onstage, the six-plus member outfit can groove, but also have a penchant for loud, Rage Against the Machine-style intensity. – Kevin Curtin

Balancing a chile pepper between two fingers like a fat cigar, with a big smile splashed over an airbrushed hot-pink background, Shiela says a lot with the cover of February album Chilita. Something like, “She values tradition, yet plays in contemporary production, and doesn’t take herself too seriously.” With solo artistry dating back to 2016, the Austin singer began songcrafting during youthful summers spent in Managua, Nicaragua. Also referencing her Mexican heritage, the debut LP provides a fearless introduction to the mysterious layers of her pop-R&B tone. Citing bilingual stars like Rosalía and Kali Uchis as guides, the collection spans moody, atmospheric depth (“La Di Da”) and sparkly synth-pop electronics (“OZ”). Check out the video for the former, where Shiela confirms diva status while dancing between laser beams and in a magical-looking pool. Pivoting to acoustic sweetness, the clip for lullabylike “Desayuno” finds the creator at home, cuddling with her cat and fixing guacamole. – Rachel Rascoe

Has Superfónicos been holding out on Austin? Last summer, the local Afro-Colombian funk octet teased sessions with Spoon drummer Jim Eno at his Public Hi-Fi studio, uncorking the killer horn & percussion conga line of “El Adiós.” Since then, nada. Bandleading bass throb Nicolas Sánchez Castro checked in from his home in Dripping Springs at around that same time, identifying that the pandemic weakened an already frail ecosystem (“In the last two decades, it’s become harder and harder to earn a living as a musician”), while also reiterating a now universal truth: “Live music has been a vital part of the human experience since the first sunrise. It’s our way of communicating with our ancestors, strengthening the community, and working through our pain. The absence of these gatherings leaves a large hole in the hearts of the people, an emptiness in the spirit.” – Raoul Hernandez

In a music city priding itself on potent lyricists, David Ramirez might be Austin’s best songwriter under 40. His compositions are patient and pure to the pain. He possesses that quality where it feels like he’s singing right to you and he knows how and when to hold up the proverbial mirror. So, in 2020, when he pulled his heart out of his chest, plopped it down on the table, and gave it a thorough examination on My Love Is a Hurricane, there was no doubt he’d crafted his career LP. The Houston native’s power often comes quietly, so in the instances when he becomes inclined to…